She was born the year St. Joseph’s Hospital opened and graduated from the hospital’s nursing school 20 years later. But the call to serve with respect, excellence and compassion in the tradition of faith and caring would bring this young nurse far beyond the walls of St. Joseph’s Hospital and Canada’s borders.

Her name is Helen Woolson and her story is part of a new exhibit in the heritage corner of St. Joseph’s Hospital. It’s an extraordinary tale of sacrifice, service, devotion and honour. 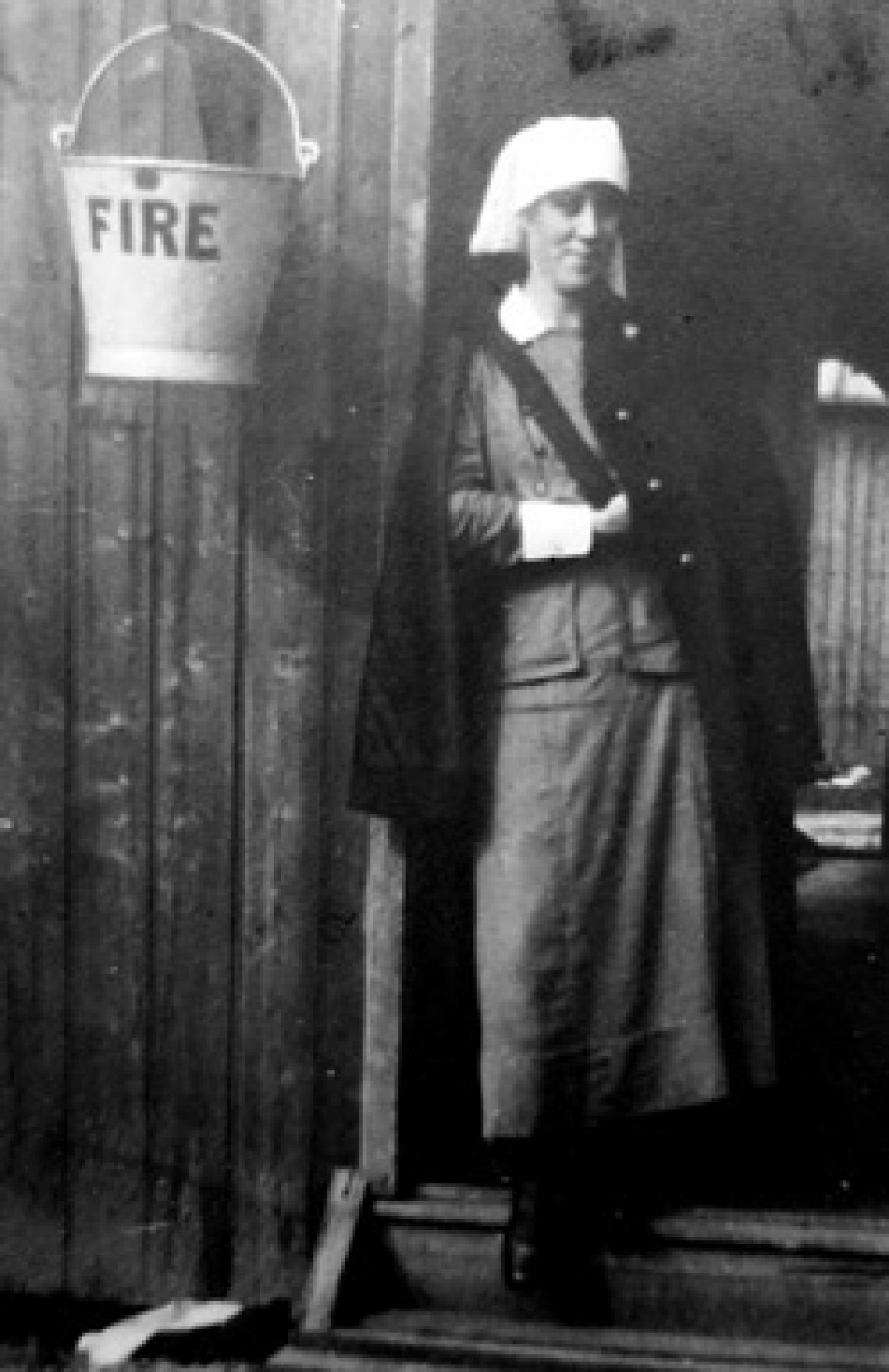 From St. Joseph's to the front lines

Eight years after graduating from St. Joseph’s Hospital School of Nursing in 1908, Helen enlisted in the Canadian Expeditionary Force. Made up of mostly volunteers, this field force was created by Canada for service overseas in the First World War.

To respond to medical needs during the First World War, the Canadian government relied on volunteers to staff a large medical commitment and Canadian universities to staff and equip hospitals for deployment. During the war, field ambulance units removed casualties from dressing stations and regimental aid posts to casualty clearing stations where urgent surgery was performed. Patients then proceeded to general hospitals, on to stationery hospitals, and then to a special hospital or convalescent hospital.

Helen was initially assigned to the No. 10 Canadian Stationary Hospital, a hospital unit established by Western University and commanded by Dr. Edwin Seaborn, who graduated in medicine from Western in 1895 and lectured in chemistry at the university. Upon mobilization of the unit in June 1916, Helen travelled to England with other nursing Sisters, as they were known, but was reassigned one month later to the No. 1 Canadian General Hospital, a medical unit based in France. She would remain with the No. 1 General for the duration of the war before returning home to London.

Helen’s remarkable years of service earned her the Royal Red Cross, 2nd class, a military decoration conferred by the monarch for exceptional services in military nursing. It was presented to her in October 1919 by Edward, Prince of Wales (later King Edward VIII) during his tour of Canada that year. 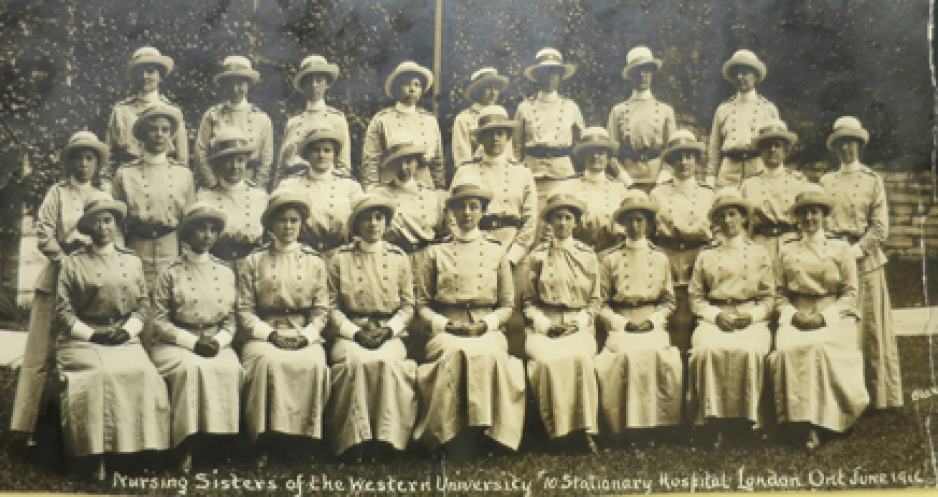 Upon returning from the war, the decorated nurse resumed her nursing career in London, eventually returning to her St. Joseph’s roots as night supervisor at St. Joseph’s Hospital School of Nursing from the 1940s until 1957. She died in London on January 10, 1973 at the age of 85.

Helen’s story is part of a larger display featuring St. Joseph’s illustrious nursing history. Titled “Nursing Nightingales Whose Lamps Burned Bright,” this joint exhibit with the Sisters of St. Joseph traces the early history of nursing education in London. Since March, the exhibit has been showcased in the Ontario legislature in Toronto as part of a program that provides organizations across the province with an opportunity to showcase their treasures and share their stories with a wide audience. It is now home in St. Joseph’s Hospital’s history corner.

Be sure to visit the exhibit to learn about St. Joseph’s distinguished nursing past and some of the pioneers who forged the path to today’s broad range of nursing excellence at St Joseph’s.

Photo credit to the Congregation of the Sisters of St. Joseph in Canada Archives for the photos below. 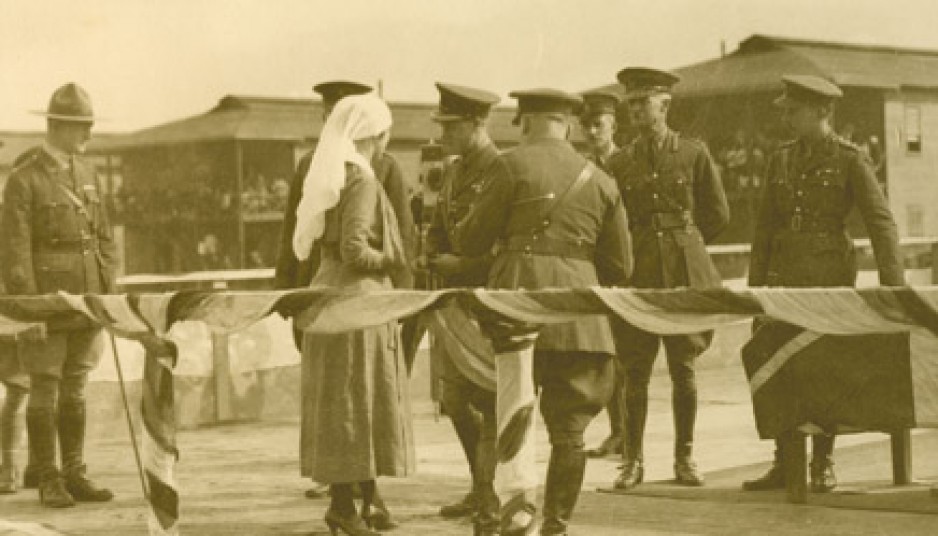 Nurse Helen Woolson is presented with the Royal Red Cross in October 1919 by Edward, Prince of Wales (later King Edward VIII) during his tour of Canada. The distinguished award is conferred by the monarch for exceptional services in military nursing. 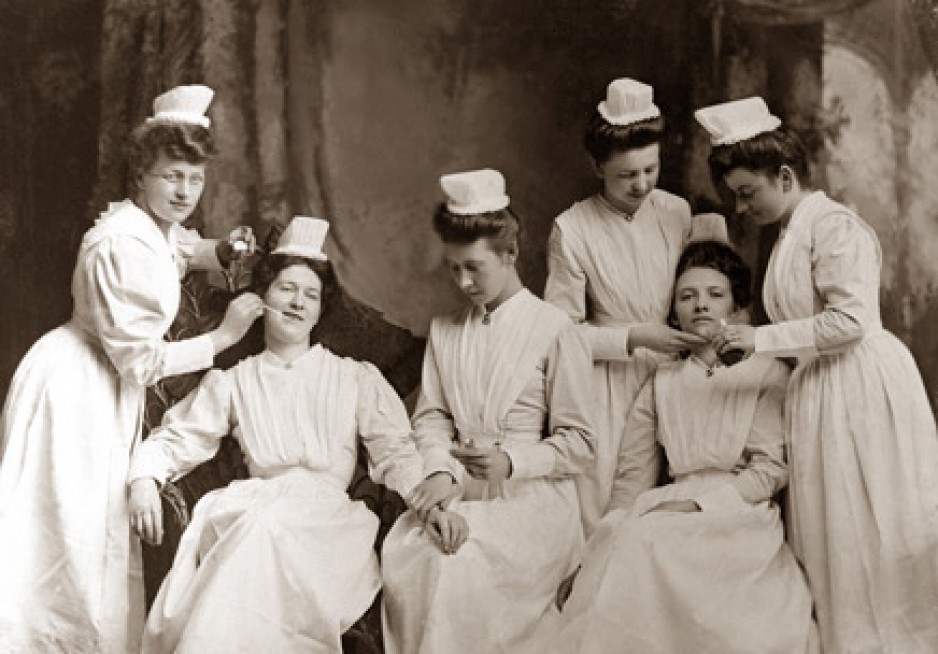 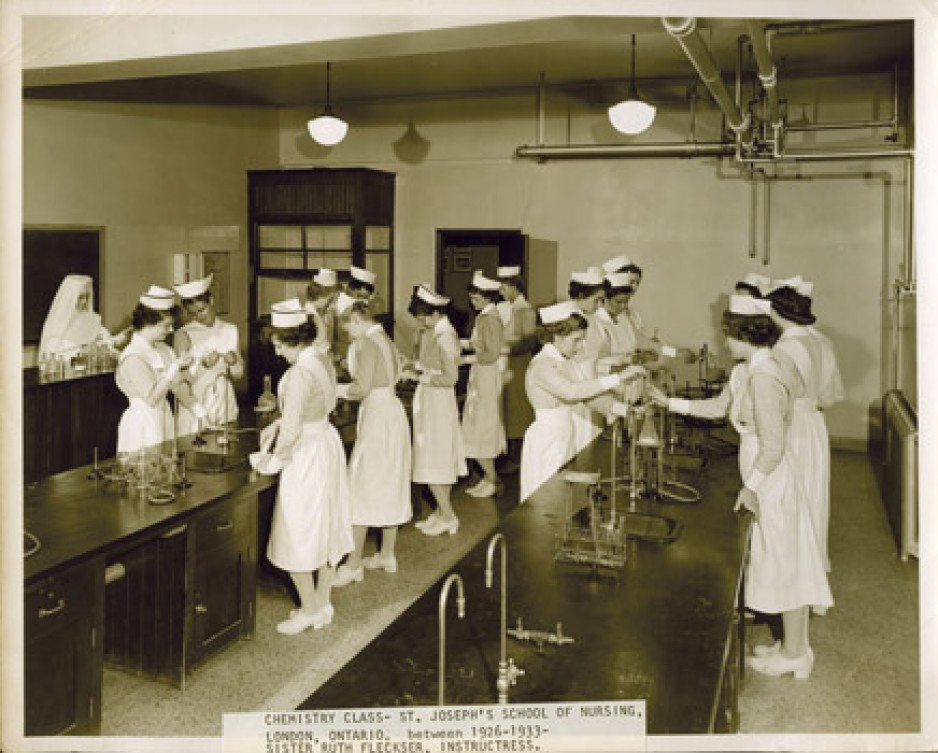 Nursing chemistry Class, 1933, with instructor Sister Ruth Fleckser
Back to all Stories