Study suggests that cognitive and motor dysfunction in older adults with MCI share common changes to the brain.

Dr. Manuel Montero-Odasso’s research demonstrates that gait testing, such as walking while performing a cognitively demanding task like counting backwards (dual-task gait),can be an effective predictor of progression to dementia. In a new study, a team at Lawson Health Research Institute and Western University’s Schulich School of Medicine &Dentistry has discovered changes to the brain that correspond to these findings. 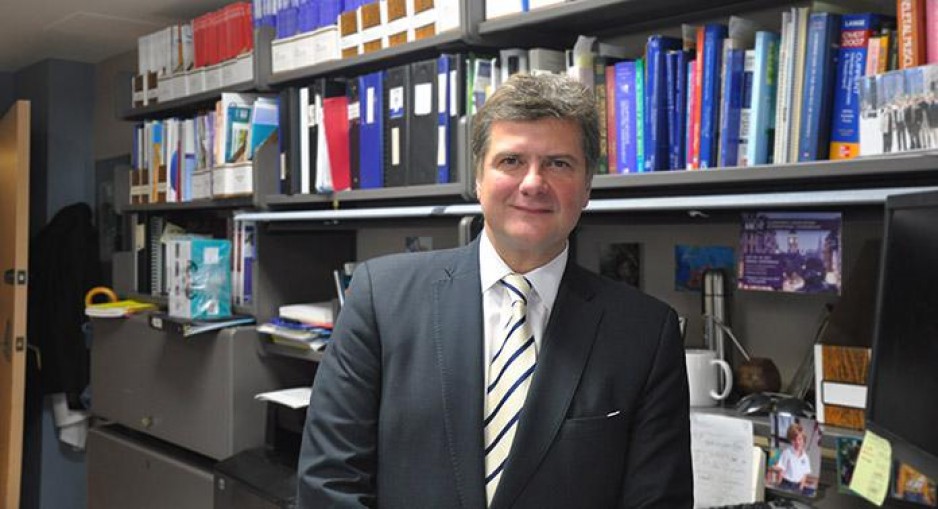 These changes identify a brain mechanism that corresponds with slow dual-task gait among older adults with mild cognitive impairment (MCI), an intermediate stage between the expected cognitive decline of normal aging and the more serious decline of dementia. Through their work Dr. Montero-Odasso and his team have found that a high dual-task gait cost, or a significant slowdown in walking speed when dual-tasking, is associated with a two- to three-fold increased risk of progression to dementia. However, the brain mechanism underlying this association was unclear.

Using MRI to study the brain

To address this research question, Dr. Montero-Odasso partnered with Robert Bartha, PhD, an imaging scientist at Schulich Medicine & Dentistry and Robarts Research Institute at Western University. The team used magnetic resonance imaging (MRI) to examine the medial temporal areas of the brain, particularly the hippocampus, the parahippocampal gyrus, and the entorhinal cortex, which are regions particularly vulnerable to degeneration in Alzheimer’s disease. Participants were 40 older adults with MCI taking part in Dr. Montero-Odasso’s “Gait and Brain Study” at Parkwood Institute.

The researchers found that participants with higher dual-task gait costs had a smaller grey matter volume in the left entorhinal cortex. Although grey matter volume loss is a common finding in people with Alzheimer’s disease, it is still unclear which areas of the brain are first affected by neurodegeneration. This finding points to the entorhinal cortex as a susceptible brain region in early stages of cognitive decline. This is in line with previous studies reporting that progression to Alzheimer’s disease is associated with volume loss in the entorhinal cortex.

The study therefore suggests that cognitive and motor dysfunction in older adults with MCI share common changes to the brain. This further supports that dual-task gait changes may be a measurable motor marker for neurological degeneration happening in Alzheimer’s disease.

Pre-dementia states can be manifested by the way patients walk

The study, “Entorhinal Cortex Volume Is Associated With Dual-Task Gait Cost Among Older Adults With MCI: Results From the Gait and Brain Study,” is published in The Journals of Gerontology: Series A.