A legacy of life and love – reborn

Oh baby oh baby – you won’t want to miss the newest display in the legacy corner at St. Joseph’s Hospital.

The history of childbirth at St. Joseph’s is chronicled from 1901, when the first birth was recorded at the hospital, to 2011 when the program transferred to London Health Sciences Centre (LHSC).

More than 100,000 babies were born at St. Joseph’s Hospital during that period. The new exhibit includes items from the Medical Artifacts Collection at Western University, Sisters of St. Joseph archives, the perinatal program at LHSC, and private collectors. 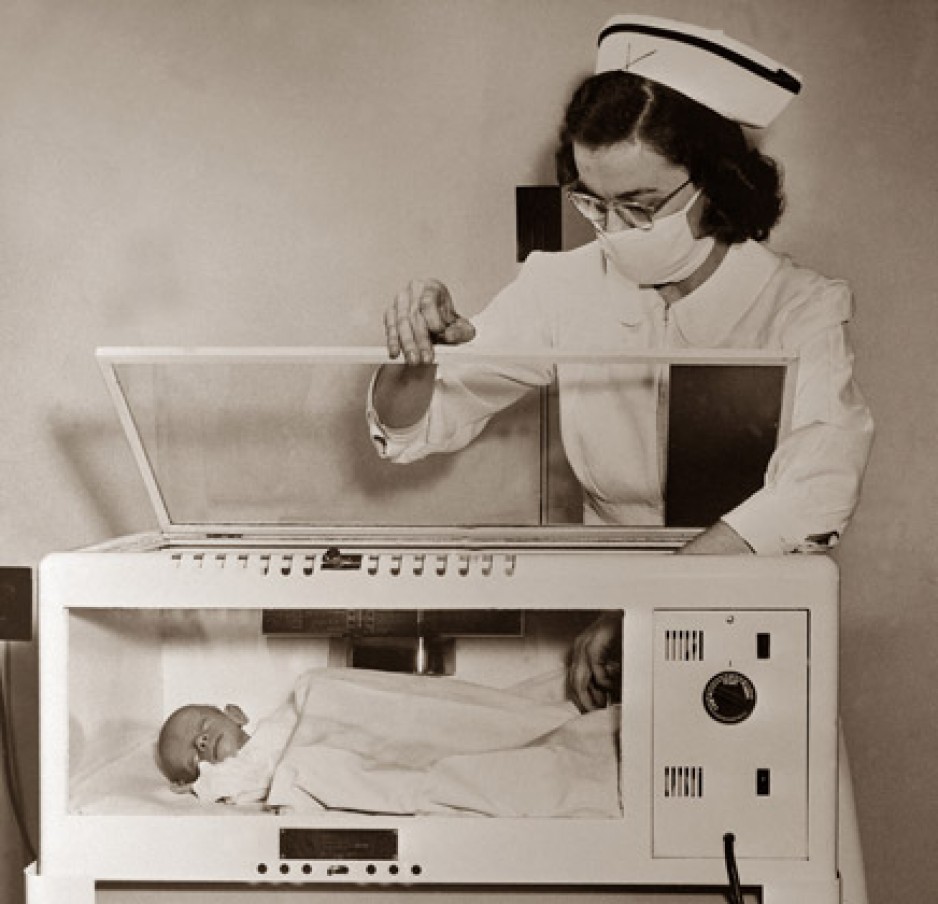 Also featured is the story of nurse Margaret Russell, who graduated from St. Joseph’s nursing school in 1934 and eventually became the head of the delivery room for 20 years. She made such an impact on staff and patients alike that a group of physicians was inspired to create a nursing award in her name.

The Margaret Russell Gold Medal Award recognized a nursing student with the highest marks in obstetrics in his/her graduating year. Margaret left nursing when she married in 1964 and the award was given to its first honoree, Catherine Lenehan, in 1965. Ten years later, Cathy Parsons was honoured with the award. Cathy, a professional practice consultant, is marking 40 years at St. Josephs this year with many of those years spent working in perinatal care. 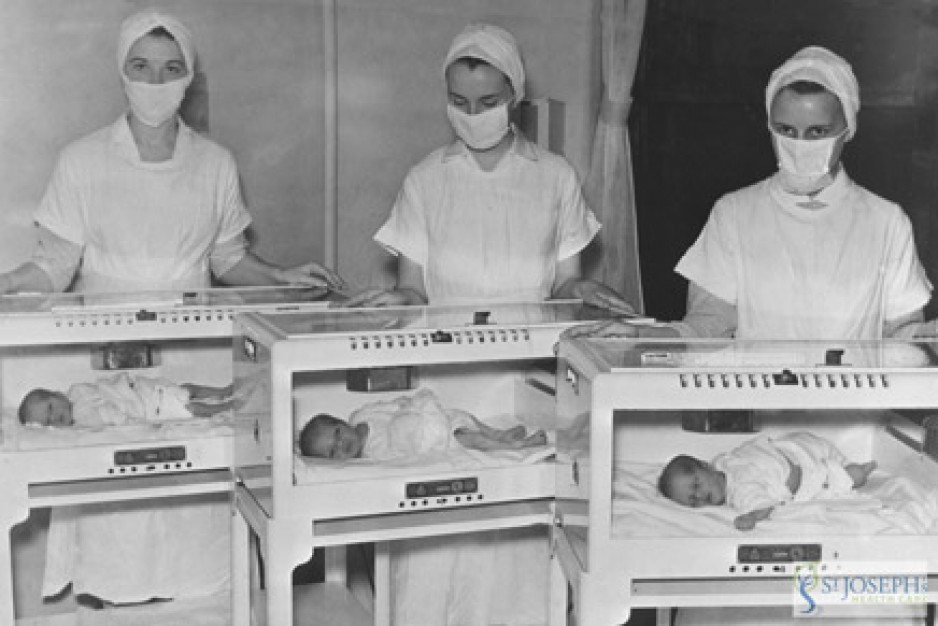 From 1901 onwards, St. Joseph’s perinatal program would expand, evolve and become world-renowned for its leading-edge excellence and the countless tiny miracles that took place in the neonatal intensive care unit after it opened in 1967. In 1982, the survival of premature infants took a giant leap forward at St. Joseph’s when one of the greatest advancements in neonatal care was introduced – natural surfactant drug for babies with immature lungs.

Throughout the history of perinatal care at St. Joseph’s, the milestones were many – the creation of the Perinatal Loss Program, Developmental Follow Up Clinic, Regional Perinatal Outreach Program and the Care by Parent Unit, to name a few. By 2011, about 4,000 babies were being born at St. Joseph’s every year.

The transfer of the perinatal program was the largest and most emotional transition in the history of St. Joseph’s Hospital. The last baby born arrived just hours before the move. At 11:44 pm on June 4, a little boy was born to first-time parents Courtney Micks and Jesse Russell of London. They named him Joseph in honour of the hospital.

Be sure to visit the new exhibit – Zone A, Level 1, near the Richmond Street entrance.