It was startlingly clear – a tiny bright dot stood out starkly on the grey image. Unseen on every other exam, something was definitively there. 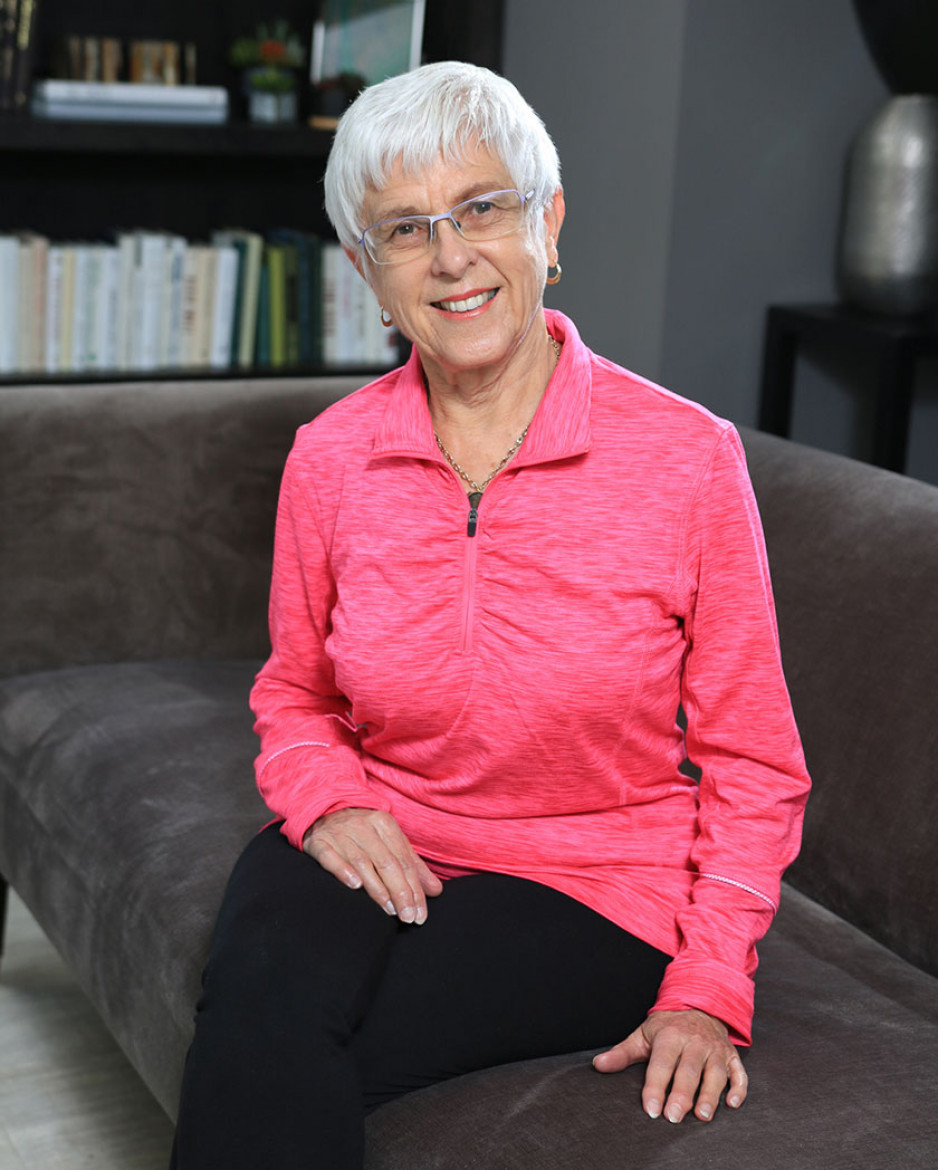 It was a lifesaving finding for Barbara Moscovich – a tumour pinpointed using contrast-enhanced mammography at St. Joseph’s Hospital where women are benefitting from the latest in breast imaging technology.

Barbara, 75, has faithfully undergone regular breast screening for more than three decades. Three years ago, due to extremely dense breasts, it was advised she have a mammogram every year instead of every two years. It wasn’t enough to catch a good size lump on her left breast, which was discovered last year during a physical exam by her family doctor. During the follow up with mammography and ultrasound on both breasts, the lump in the left breast was visible on ultrasound, but barely seen on her mammogram. There was also a hint of something suspicious on the right that was eluding detection.

“The radiologist couldn’t really see it on the ultrasound so suggested contrast-enhanced mammography,” says Barbara. “Sure enough, a very very tiny tumour showed up just under the nipple, which was why it was hard to locate. The images were amazing, so clear despite my very ‘busy’ breasts.”

Both lumps were cancerous and Barbara underwent a lumpectomy on each breast on Dec. 27, 2019, followed by partial breast radiation. She will be on an anti-estrogen hormone medication for the next seven years and monitored closely.

“I feel so lucky to have benefitted from contrast-enhanced mammography. Had it not been available, that second tumour wouldn’t have been detected until it was much bigger. I have tremendous peace of mind knowing this technology is available at St. Joseph’s as part of my follow up.”

Barbara’s story is being shared worldwide through a docuseries being launched this month by GE Healthcare, maker of the Senographe Pristina mammography machine, a groundbreaking new breast imaging platform. In 2017, St. Joseph's became the first hospital in Canada to install a Pristina unit. The following year, additional Pristina units were installed with the added capability of performing contrast-enhanced mammograms and tomosynthesis (three-dimensional mammography). In June 2020, St. Joseph’s became the first hospital in North America to perform a biopsy-guided by contrast- enhanced mammography. Donor dollars to St. Joseph’s Health Care Foundation have made these breast imaging breakthroughs possible.

With contrast-enhanced mammography, the area of concern within the breast is highlighted in much more detail and can be an alternative to MRI, says Dr. Kornecki. It can pinpoint cancers that can’t be seen with standard mammography and is particularly effective in assessing dense breasts. Those considered for contrast mammography are patients who have had a screening mammogram that indicated something suspicious, or those who present with breast symptoms. At this time, it is not used for regular screening.

“After three years of using contrast-enhanced mammography I can say that this is a game changer in the world of breast imaging,” says Dr. Kornecki. “Similar to MRI, it can detect many more cancers than standard mammography and ultrasound and, at the same time, it allows us to reach a final diagnosis and provide treatment more rapidly.

“The denser the breast, the higher the risk of getting breast cancer,” says Barbara, who is active with Dense Breasts Canada.

More than 40 per cent of woman have dense breasts, many without knowing it, says Barbara. “Dense breasts” are considered those with more than 50 per cent dense tissue. While Barbara knew she had dense breasts, she wasn’t aware of the extent – she is at 75 per cent - until it was recommended she get mammograms yearly. The information is available on the mammogram reports sent to family doctors.

“It should be flagged by family doctors, women informed and information available,” says Barbara, a retired teacher and principal. “I had to find out a whole lot of information on my own. My advice is for women to ask the question – ‘How dense are my breasts?’”

As a patient of St. Joseph’s Breast Care Program, adds the lifelong learner, “I couldn’t have been in a better place to benefit from the latest and best in breast imaging.”

How you can help

Community support is advancing medical imaging to help save the lives of people like Barbara. Thanks to generous donations through the St. Joseph’s Health Care Foundation, breast care imaging equipment like the Pristina mammography machine, ultrasound machines and the leading edge 3T MRI are now available to help women in our community.

We help people reclaim their health and independence through new treatments made possible by medical research and innovation.

You can support discovery, dignity, compassion, care, spirit and innovation by donating to the St. Joseph's Health Care Foundation.