A Lifetime of Achievement

Dr. John Denstedt, renowned surgeon at St. Joseph’s Health Care London has been chosen to receive the Endourological Society Karl Storz Lifetime Achievement Award for 2019, which is presented to a urologist who has made a significant and lasting contribution to the field of endourology. Given to a senior endourologist, the award will be presented at the World Congress of Endourology in Abu Dhabi later this year.

“We are so pleased for Dr. Denstedt,” says Dr. Gillian Kernaghan, President and CEO of St. Joseph’s. "We are honoured to have John as a part of St. Joseph’s as a skilled clinician, accomplished leader, highly respected educator and surgical innovator. We value the endless contributions he has made in his field. It’s very clear why the Endourological Society selected him.” 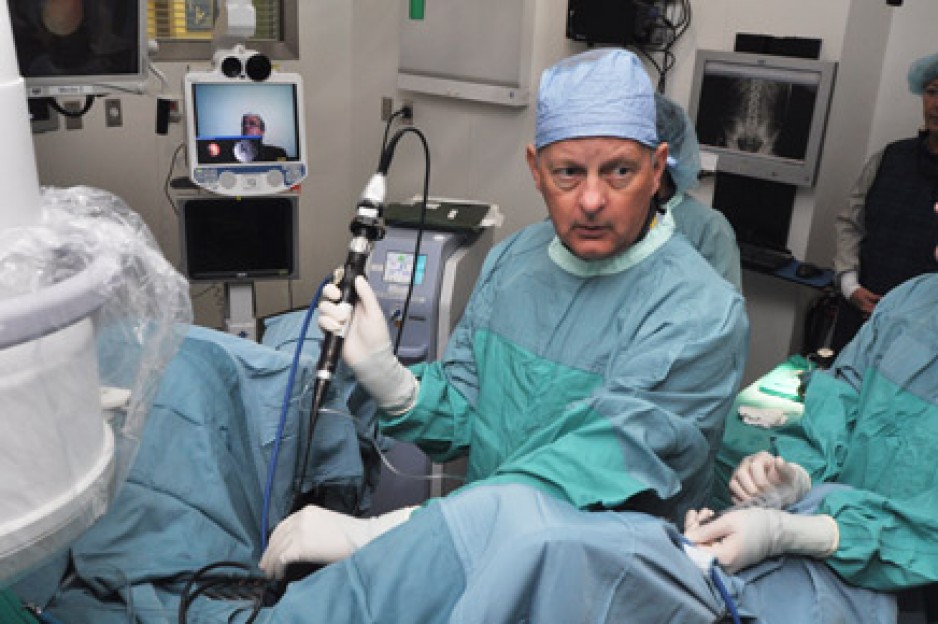 Dr. Denstedt during a surgery at St. Joseph’s Hospital in 2014 that was broadcasted live to Brazil. Just one of the many innovative urological practices he has contributed to in his lifetime.

The award was designed by Sybill Storz, daughter of Karl Storz who pioneered the idea of introducing light into the body through a flexible fiber-optic cable. The innovation paved the way for modern endoscopy.

In addition to his practice at St. Joseph’s and serving as the Chair/Chief of the Department of Surgery for 14 years, Dr. Denstedt is a Professor in the Division of Urology at the Schulich School of Medicine & Dentistry at Western University. His research interests include urolithiasis, biomaterials, and urinary tract infection.

Dr. Denstedt’s accolades include more than 300 published papers and book chapters; over 250 guest professorships throughout the world; he was the first Canadian awarded the prestigious AUA American Urological Association Gold Cystoscope Award; and was the first Canadian named Secretary-elect of the American Urological Association.