One hundred years ago, poppies grew on the battlefields during the First World War. There is perhaps no greater symbol of remembrance than the poppy – a reminder of all those who fought and lost their lives for the freedoms that we have today.

On Sept. 19, in partnership with the Grand Theatre, Veterans at St. Joseph’s Parkwood Institute volunteered their time to help create thousands of poppies. Each crafted poppy, made with a touch of black paint and simple red cupcake liners, will proudly be displayed as part of the set for the Grand Theatre production of Timothy Findley’s “The Wars”. The unique collaboration and set display will commemorate the 100th anniversary of the end of World War I. 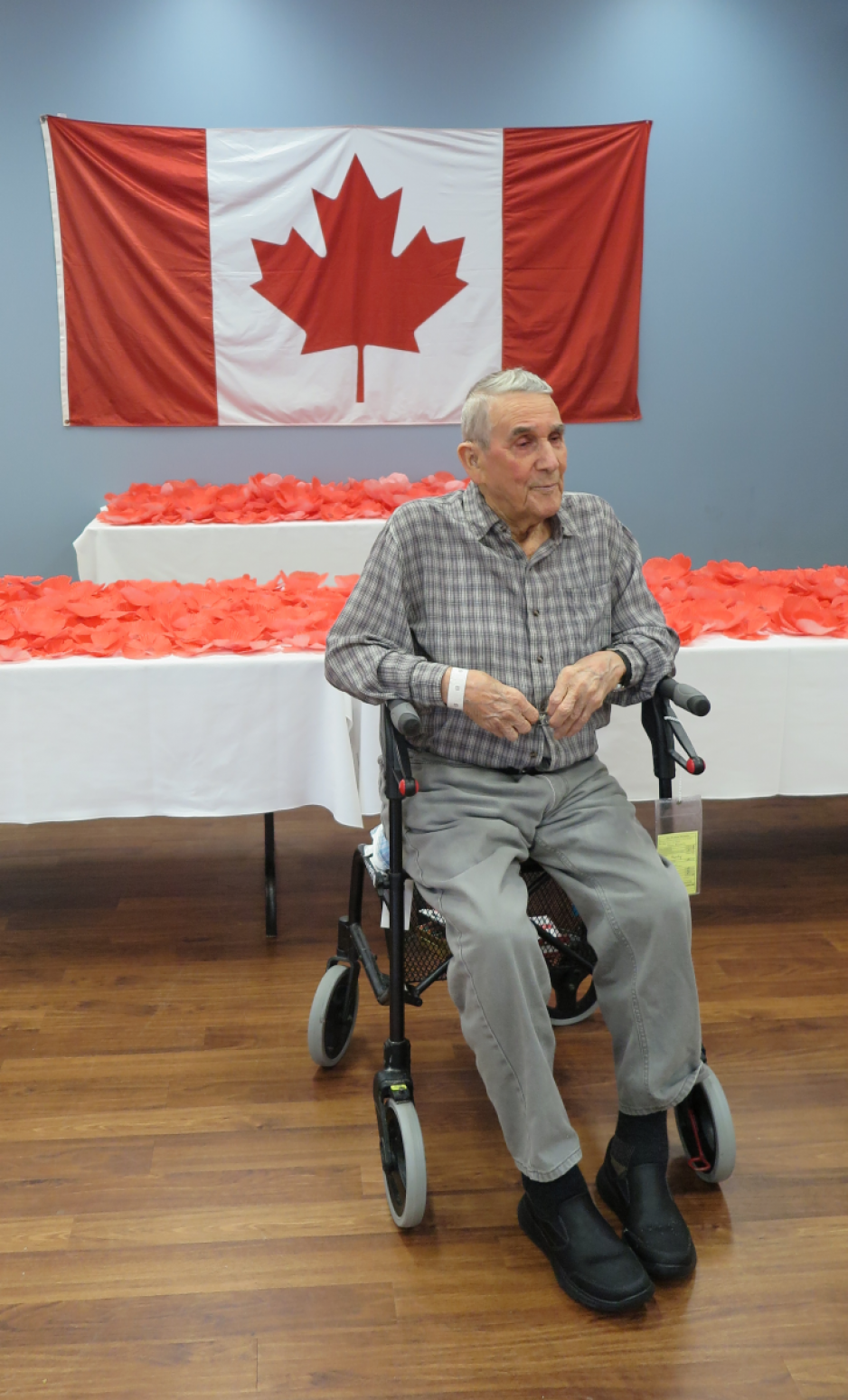 “The event was a great way for Veterans, volunteers and their families to be part of the community,” says Veterans Arts instructor Doreen Campbell. “Many of our Veterans have so much pride and they appreciated the opportunity to recognize their fallen comrades.”

In total, 4000 poppies were made over the course of a day. The surprise unveiling will occur on opening night. Timothy Findley’s “The Wars” runs from October 23 to Remembrance Day, November 11 at the Grand Theatre.

The POPPY DESIGN is a registered trademark of The Royal Canadian Legion, Dominion Command and is used under license.