Chief Warrant Officer Lawrence Surridge was just 17-years old when he joined the Canadian Armed Forces in 1973. His family has deep military roots and he knew it was his calling. His grandfather, who served in the Great War, was a strong influence early in life, instilling traditional military values of order, respect and honour. 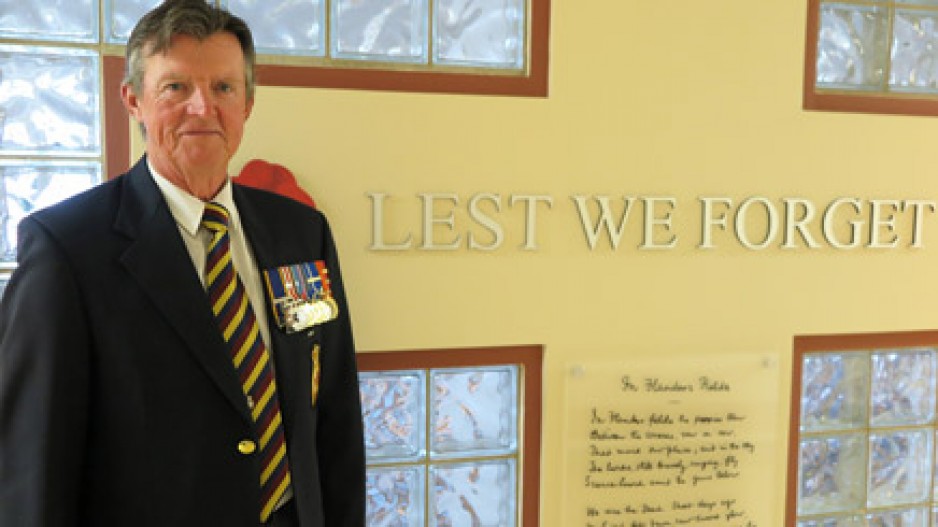 Princess Patricia's Canadian Light Infantry is a fiercely proud and tough regiment that dates back to the First World War. Since 1950, the Princess Pats have been involved in numerous military operations around the world and commenced deploying to Afghanistan in 2002.

Deployed to Cyprus at 21

During the Cold War in 1976, a 21-year-old Lawrence was deployed to the conflict in Cyprus. He would go on to serve operational tours in war-torn Croatia, Bosnia and Sinai Peninsula, and became the Regimental Sergeant-Major of Princess Patricia’s Second Battalion based in Winnipeg in 2000.

A decorated veteran, Lawrence retired from the military in 2009, but his own personal battle would just begin. For years, he suffered from terrorizing night sweats, depression and other symptoms that he struggled to understand.  As a high-ranking soldier, Lawrence found ways to cope throughout his career and didn’t tell a soul what he was experiencing.

“I can remember pulling to the side of the road and just breaking down,” says Lawrence. In those days you didn’t say anything – there was nowhere to go for help.”

Post-traumatic stress disorder is a mental health condition that's triggered by a terrifying event — either experiencing it or witnessing it.  Military service puts people at heightened risk of being exposed to events that disturb or undermine deeply held moral beliefs about how people can be expected to behave.

With treatment and the support of his wife and family, Lawrence has come a long way to better understand and cope with PTSD.

“The OSI Clinic has helped me immensely,” he says.

“You can't do it by yourself; you have to step up, take action and utilize the many support networks presently available.”

With this year’s commemoration of the 100th anniversary of the end of the First World War, Lawrence thinks of all the men and women who served and lost their lives, including his grandfather all those years ago. But he also reflects on the soldiers who didn’t have access to types of resources and treatment available at St. Joseph’s and other OSI clinics.

“Lots of soldiers have suffered who didn’t know what they were suffering from,” says Lawrence. “Whether is called shell shock, battle fatigue or PTSD – it’s always been a part of war.”

His advice to current and future soldiers is simple. “Reach out to fellow soldiers who are coming through the same thing as you are. Don’t be afraid to talk about it – there is help out there.”

“You can’t do it by yourself - you have to step up, take action and utilize the many support networks presently available.”