A new exhibit of fascinating artifacts is now on display in the history corner of St. Joseph's Hospital. Be sure to visit.

In the large and eclectic collection of artifacts from St. Joseph’s Hospital in London, every object has a story to tell. Sometimes the story emerges by following clues, other times it is clearly there to see.

“The story doesn’t always have a beginning, middle and end, but even the fragmented stories are fascinating, offering a rare glimpse into an illustrious legacy of care,” says Noelle Tangredi, a caretaker, along with Ruth Teevin, of the St. Joseph’s Hospital and Nursing School Artifact Collection and the heritage exhibit space at St. Joseph’s Hospital. 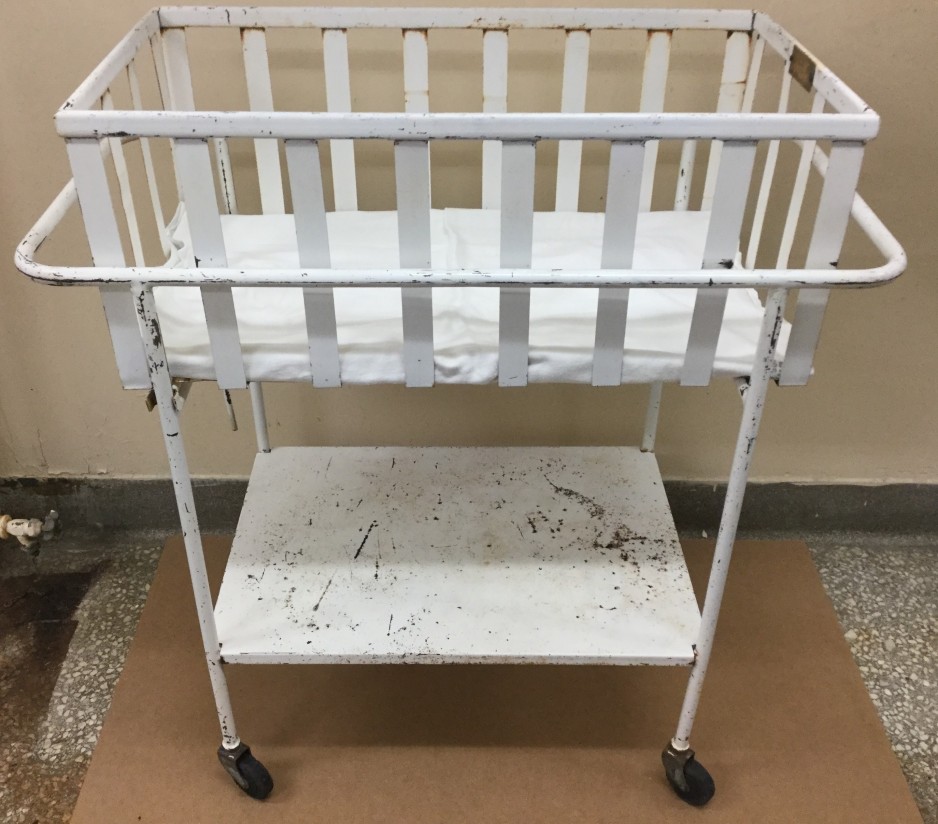 In the newest exhibit are some uncovered stories of intriguing objects in the collection. Some are about the previous owner, or the inventor of the tool. Others are lost stories of an outdated instrument’s original purpose. There are also stories of artifacts that were lost and then returned, found in closets, rummage sales and even Comicon!

Full-circle journey back to St. Joseph's

One such lost-and-found item is a bassinet from the St. Joseph’s nursery. It wasn’t actually lost, but it did travel quite a journey before finding its way back to St. Joseph’s.

The bassinet would have gone into storage when the more modern plastic and Plexiglas bassinets came into use. When the perinatal department transferred out of St. Joseph’s in 2011, the bassinet was sold to a salvage/vintage dealer.

It was then sold again to local prop maker and artist Leigh Maulson. Leigh used it in various stagings, including the 2015 Comicon. The bassinet appeared in the haunted walk and was filled with zombie babies and creepy dolls. More recently, its purpose was as the perfect outdoor plant stand.

In 2019, a social media post advertising the birthing exhibit at St. Joseph’s Hospital prompted Leigh to contact the hospital and generously donate the bassinet to the artifact collection. And so the bassinet is back where it began—with some interesting stories to tell.

“As caretakers of these items,” says Noelle, “we make it our mission not only to preserve and protect them, but to find out what their stories are and make them available to everyone.”