The Notebook - a tantalizing tale from St. Joseph's earliest days

The lined pages are brownish-yellow and the delicate handwriting inked with a fountain pen is faded.

Page after page the notes describe medical conditions and treatments, even recipes for remedies like barley water found tucked into a passage titled “Care of the New Born”.  In a rare and intriguing find, the detailed notebook of a young St. Joseph’s Hospital student nurse has travelled the world only to land back at St. Joseph’s 102 years after it was penned. 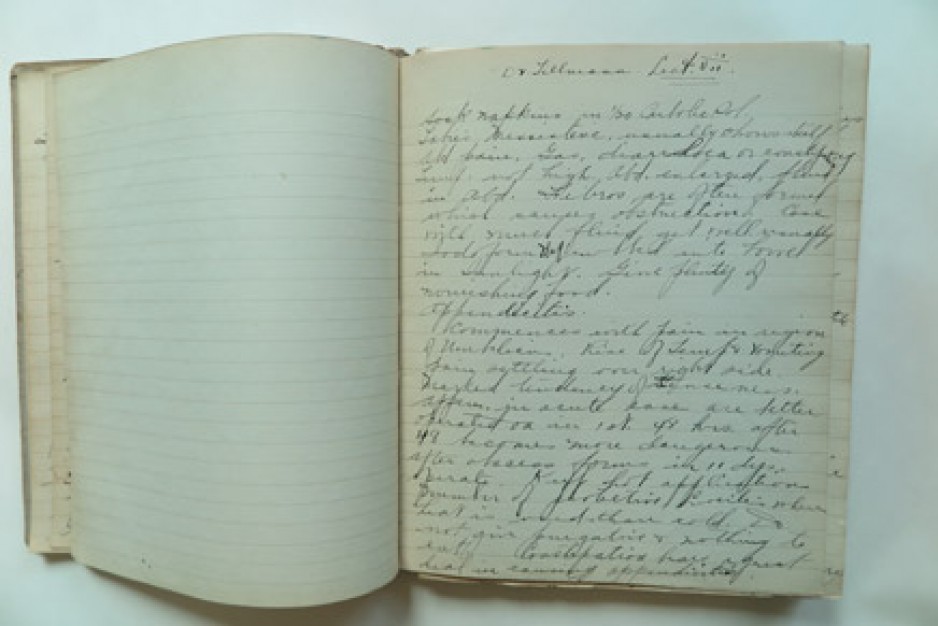 At the top of some of the pages are names of doctors – Dr. Thompson, Dr. Wisehart, Dr. Meek and Dr. Tillmann. 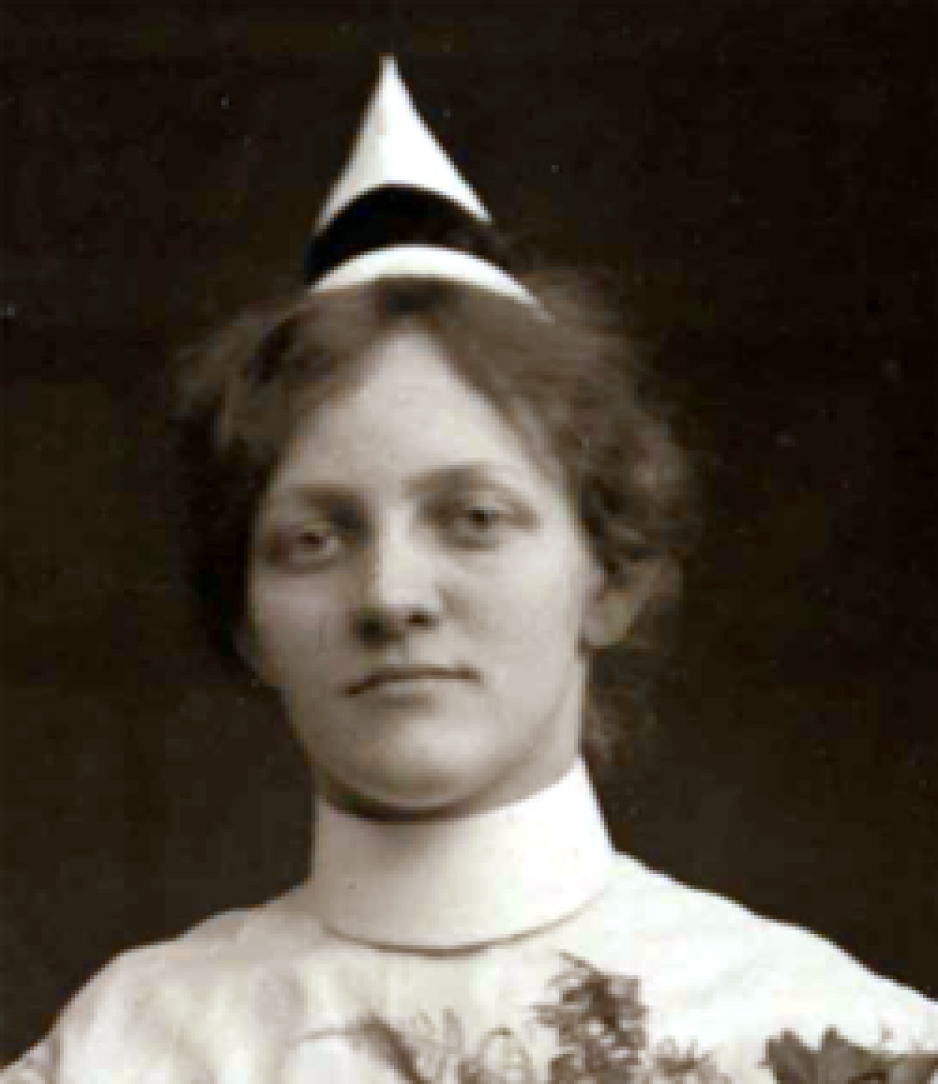 Susan SteerThe writer is 22-year-old Susan Steer (pictured) and the date says “Oct. 12-15.”  That would be 1915. In a rare and intriguing find, the detailed notebook of the young St. Joseph’s Hospital student nurse has travelled the world only to land back at St. Joseph’s 102 years after it was penned. The doctors named on the brittle pages are some of St. Joseph’s earliest physicians, the detailed notes taken during their lectures. 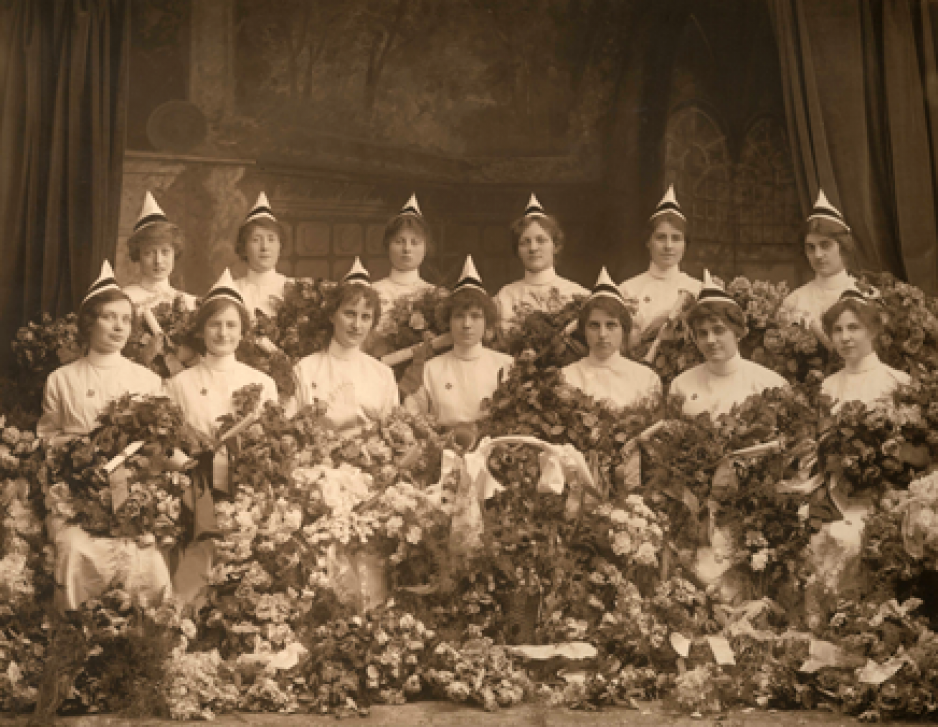 The 1916 graduating class of the St. Joseph's School of Nursing includes Susan Steer, top row, fourth from left. The photo was recently donated to St. Jospeh's Health Care London and happened to be Susan's graduating class.
The story of Susan Steer and the hardcover notebook is a tale uncovered by super sleuth Noelle Tangredi, a member of the St. Joseph’s Historical Committee which maintains the St. Joseph’s Hospital and Nursing School Artifact Collection and the heritage exhibit space at St. Joseph’s Hospital. Discovered in North Little Rock, Arkansas, the notebook was found by Michelle Graba, a 20-year Air Force veteran and a member of the North Little Rock Junior League, a women's volunteer organization. The league was selling its house headquarters and Michelle, who is fascinated by old books, found the notebook among the estate sale items.

“As I flipped through the book the first thing that I noticed was the person’s impeccable handwriting,” says Michelle. “You could easily read every page. The second thing was the date, 1915.” 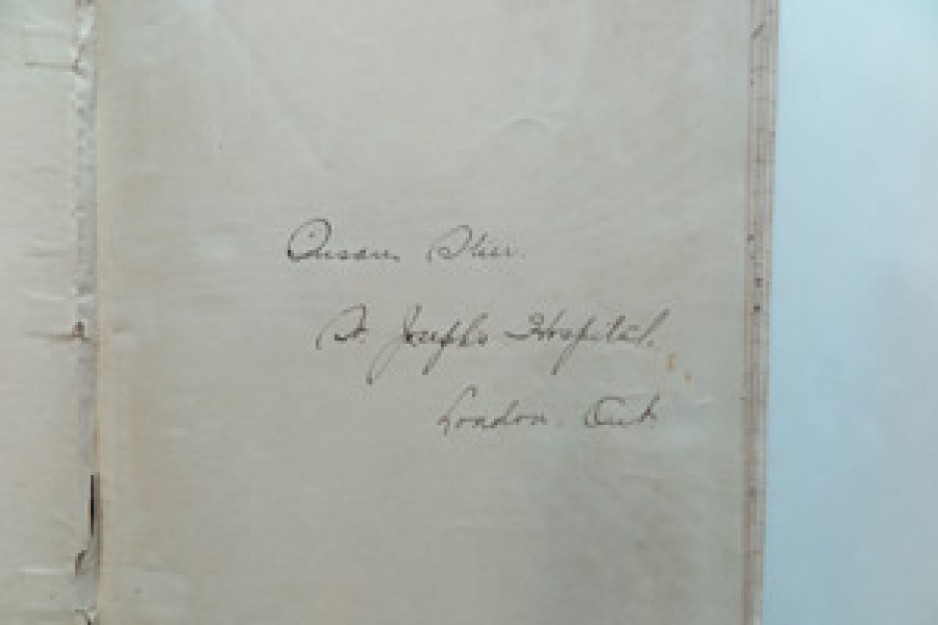 Captivated by what she read in the notebook, Michelle Googled “St. Joseph’s Hospital London Ont.”  which was written on the cover page, and discovered that the hospital was alive and well. She called the next day and was put through to Communication and Public Affairs, which connected with Noelle. Interestingly, the historical committee had recently opened its exhibit featuring the hospital’s “cornerstone physicians” – the same pioneering doctors mentioned in the notebook.

Michelle was pleased to gift the notebook to St. Joseph’s Hospital and, upon its arrival, Noelle began digging to learn all she could about Susan Steer – a sweeping search that took her through local and provincial census records, city directories, marriage, citizenship and naturalization documents, even ship passenger lists. She traced the young nurse from her family’s roots in Mount Brydges, to her student days at St. Joseph’s School of Nursing from 1913-1916 (graduating in 1916), to her marriage to oil driller George Brown from Petrolia, their globe-trotting travels for George’s work, to the birth of their two children, one in Detroit, the other in Peru.

“When I look at an artifact in our collection, I immediately want to know the story behind it – who held it and used it and what it meant to the owner,” explains Noelle. “But unfortunately, in many cases, there aren’t enough clues to help me find out those stories. When I received the notebook in the mail and saw Susan’s name, I knew I had to know more about her. Now that we know a bit about Susan and her life, the story of her time spent at St. Joseph’s won’t be lost, and this recovered notebook of hers has become so much more meaningful.”

In 1934, Susan and George settled in Los Angeles where they sought American citizenship and, in a bizarre twist, were listed as hairdressers and owners of a beauty salon, Noelle discovered.

Susan died on December 7, 1971 in San Bernardino, California. She would have been 80. It appears she gave up nursing when she married in 1919 and never returned to the profession. How her nursing school notebook ended up in North Little Rock, Arkansas remains a mystery.

The story of Susan Steer and her notebook is a tantalizing, century-old tale that begins and ends at St. Joseph’s Hospital. You can see the notebook at Museum London’s exhibit “100 Years of Nursing Education in London”, running from Feb. 1 to May 24. The official opening takes place Feb. 2 from 2 pm to 4 pm. All are welcome.

Learn more about the history of St. Joseph's Hospital