One hundred years of nursing education in London is celebrated in a new exhibit at Museum London that begins Feb. 1.

According to Museum London, the City of London has been a centre of nursing education for nearly 140 years. The first of London’s three hospital-based nursing schools, the Victoria Hospital School of Nursing opened in 1883. St. Joseph’s Hospital was next in 1899, followed by the London Asylum for the Insane in 1902. Within them, nurses learned to practice through a combination of lectures and apprenticeship-style training. 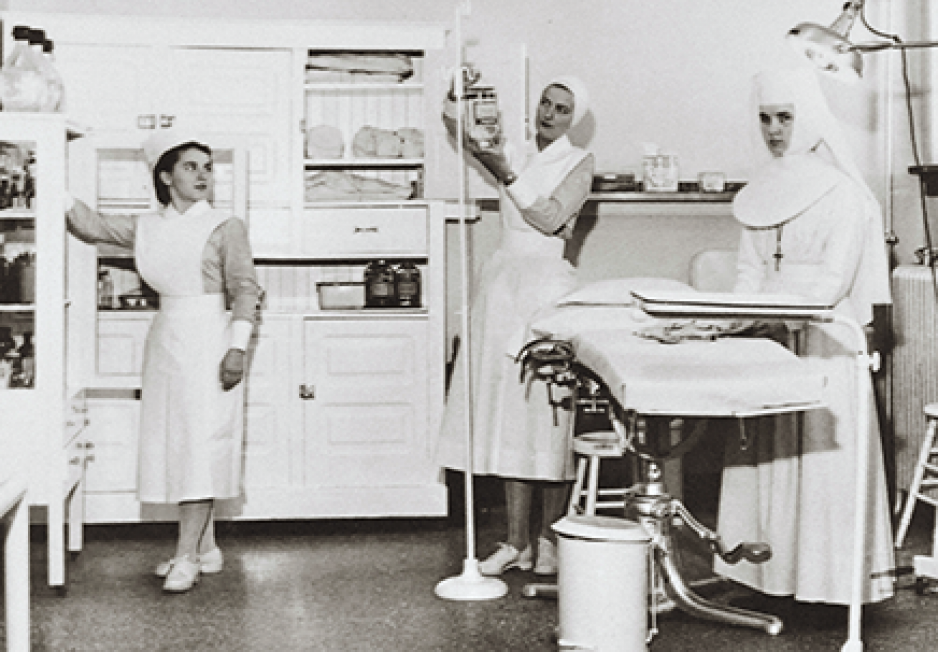 Western University entered the field in 1920 with a course leading to a Certificate in Public Health Nursing, according to Museum London. This soon expanded to include a certificate in nursing education and then, in 1924, a Bachelor of Science in Nursing. From those early days until today, Western’s nursing program has continued to evolve and innovate.

Pulling from Museum London’s extensive artifact collection and borrowing others from the Archives of the Sisters of St. Joseph, Fanshawe College Archives, and private lenders, this exhibition will trace the development of nursing education in London from earliest days until today.

Among artifacts representing St. Joseph’s is a student’s notebook dating back to 1915. Page after page, the notes describe medical conditions and treatments, even recipes for remedies like barley water found tucked into a passage titled “Care of the New Born”. In a rare and intriguing find, the detailed notebook travelled the world only to land back at St. Joseph’s 102 years after it was penned. Read more about this notebook and its owner.

Also from St. Joseph’s, exhibit visitors will find the 1932 nursing diploma of Bernice Farr, a nursing cap from 1948, and notes on nursing by Florence Nightingale from 1859 – intriguing items that provide a glimpse into the earliest days of St. Joseph’s Health Care London.

Be sure to visit

Museum London’s exhibit “100 Years of Nursing Education in London” runs from Feb. 1 to May 24 in the Interior Gallery. An official opening takes place Feb. 2 from 2 pm to 4 pm. All are welcome.